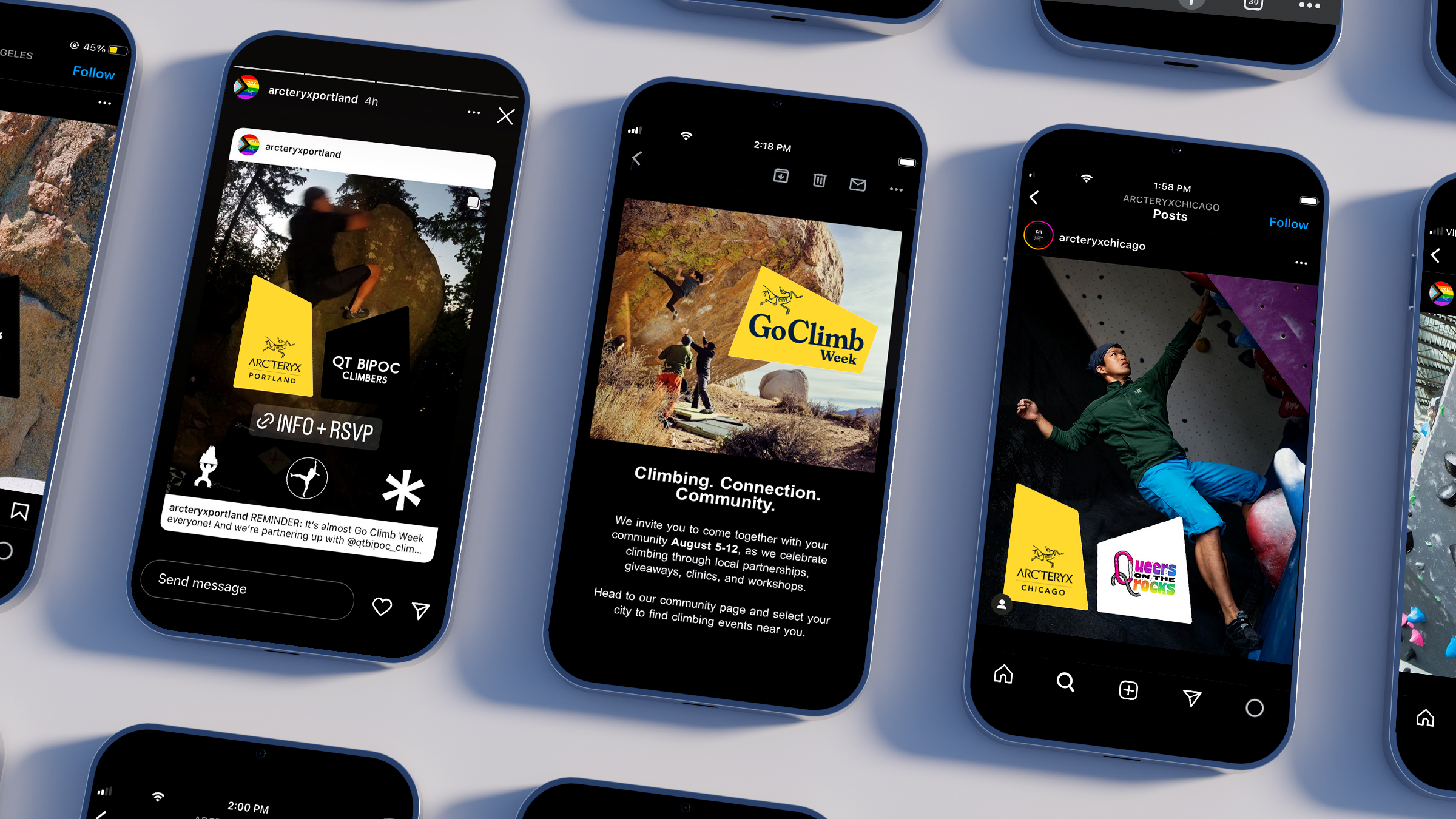 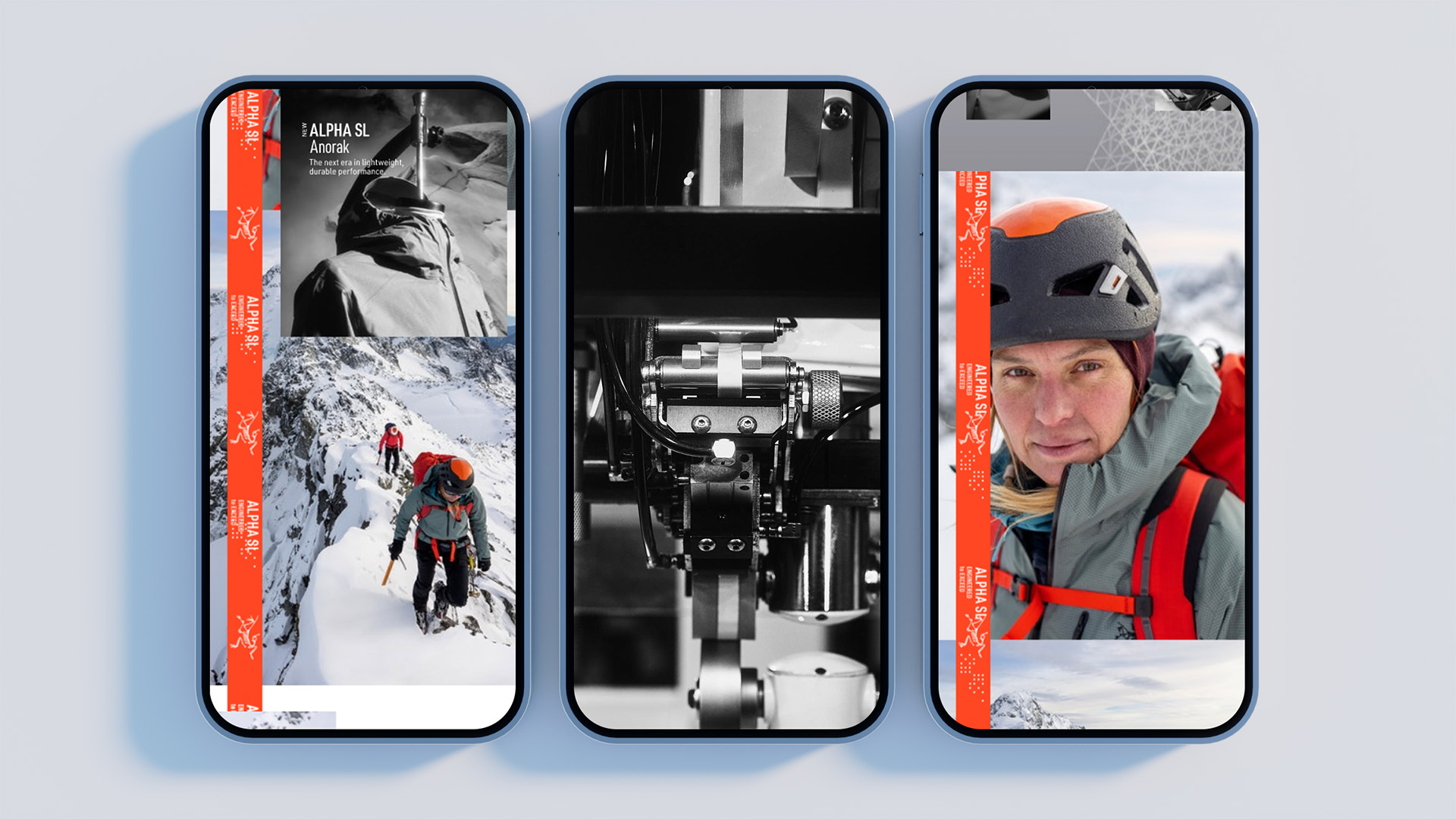 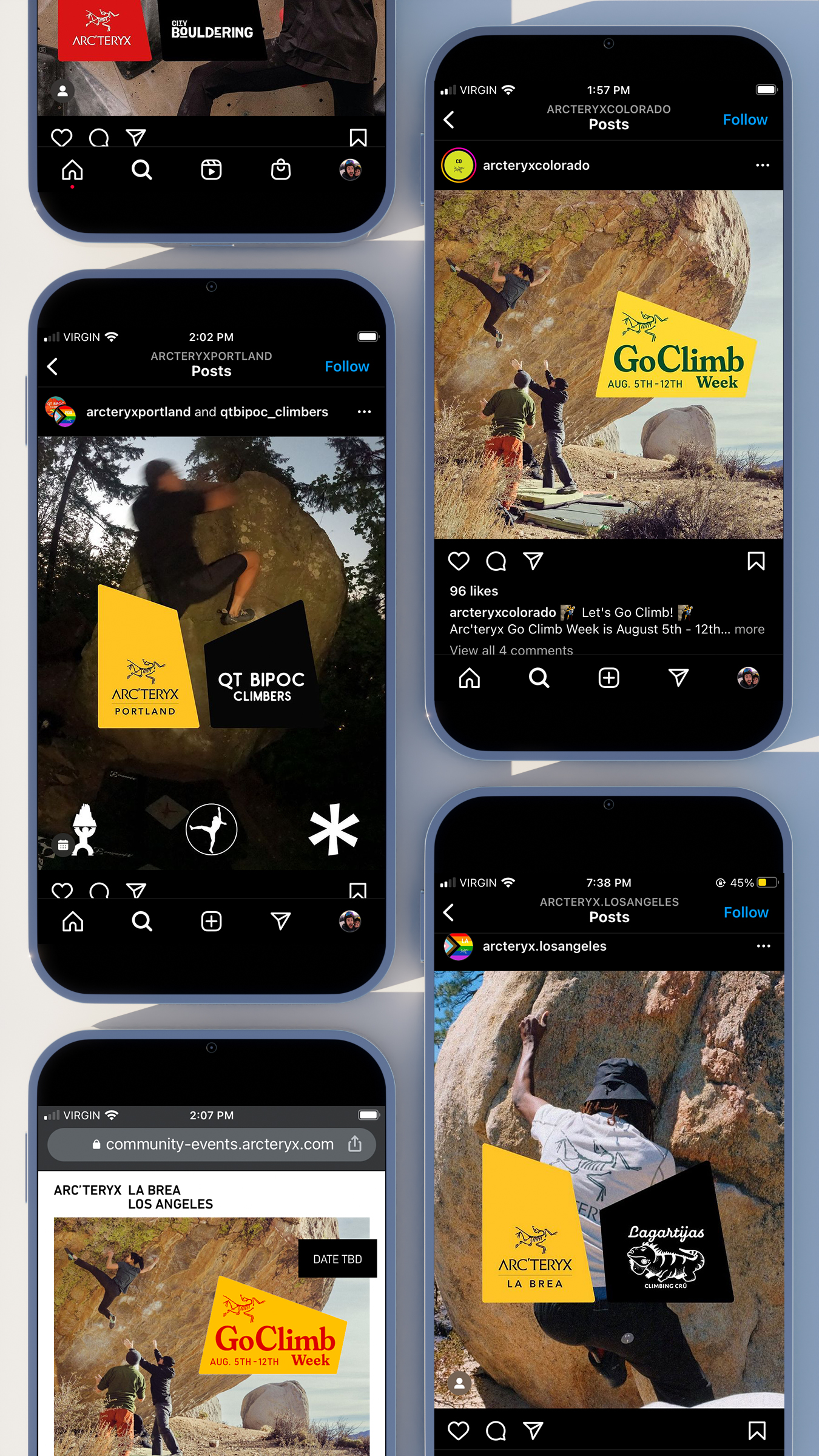 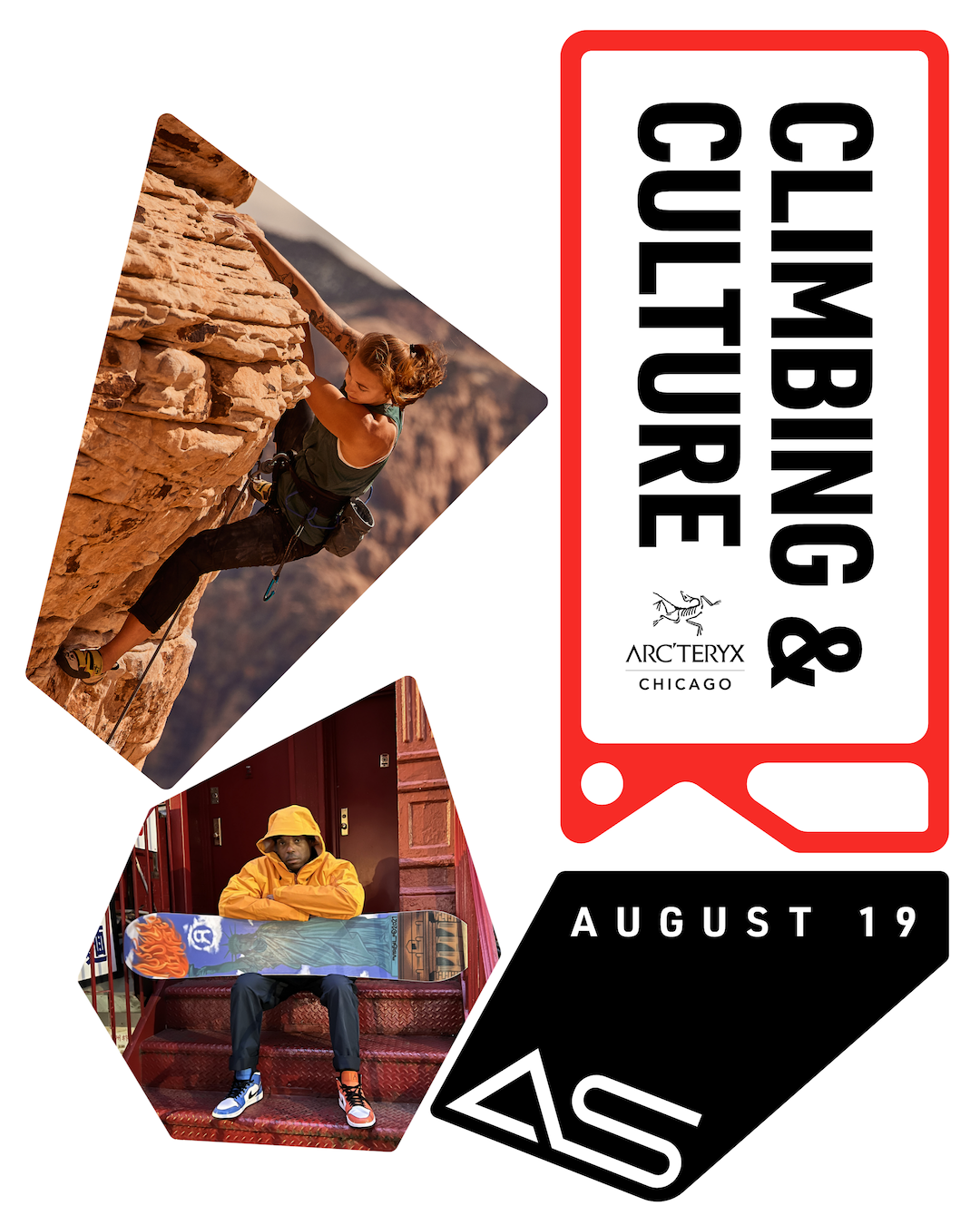 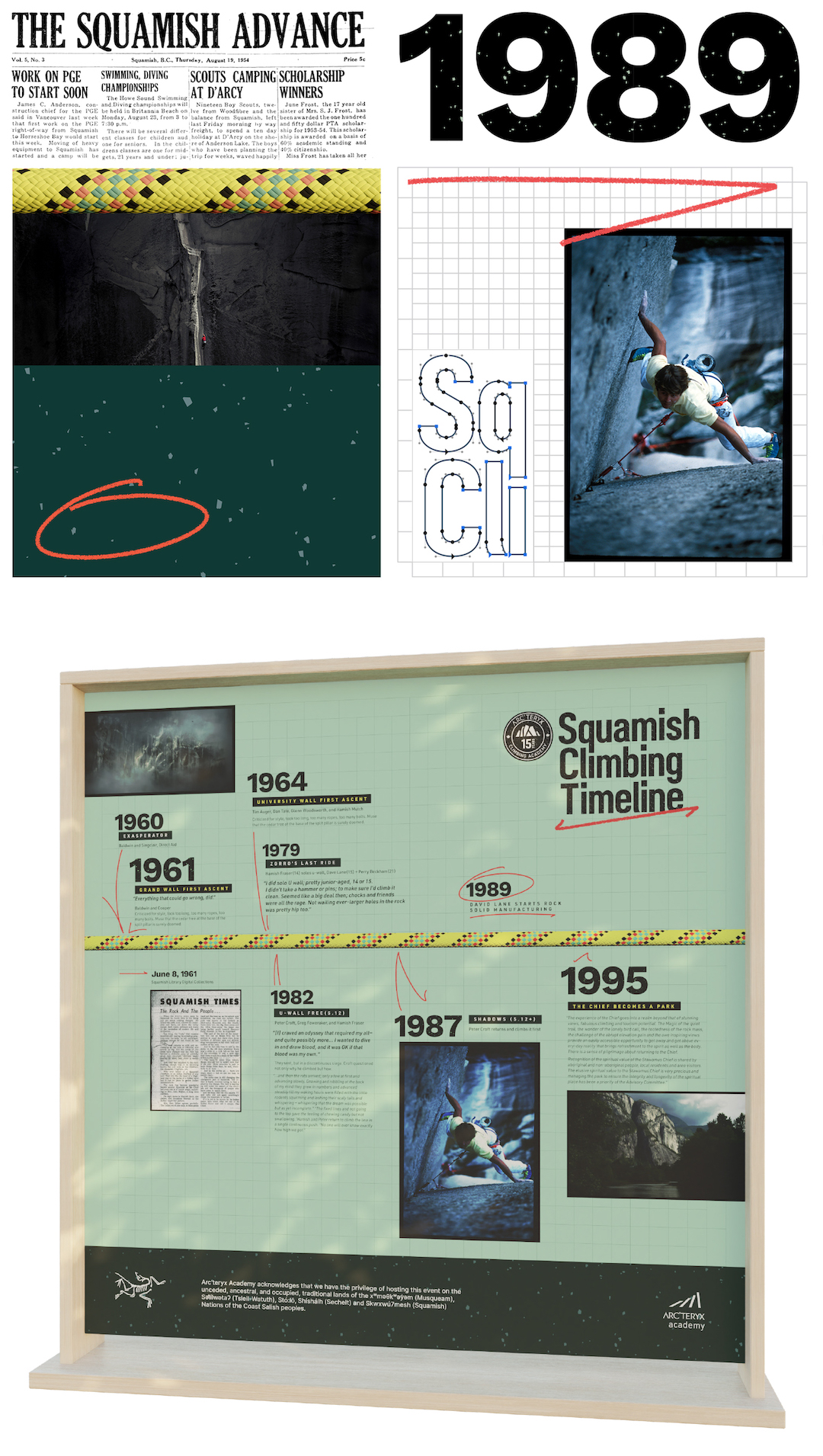 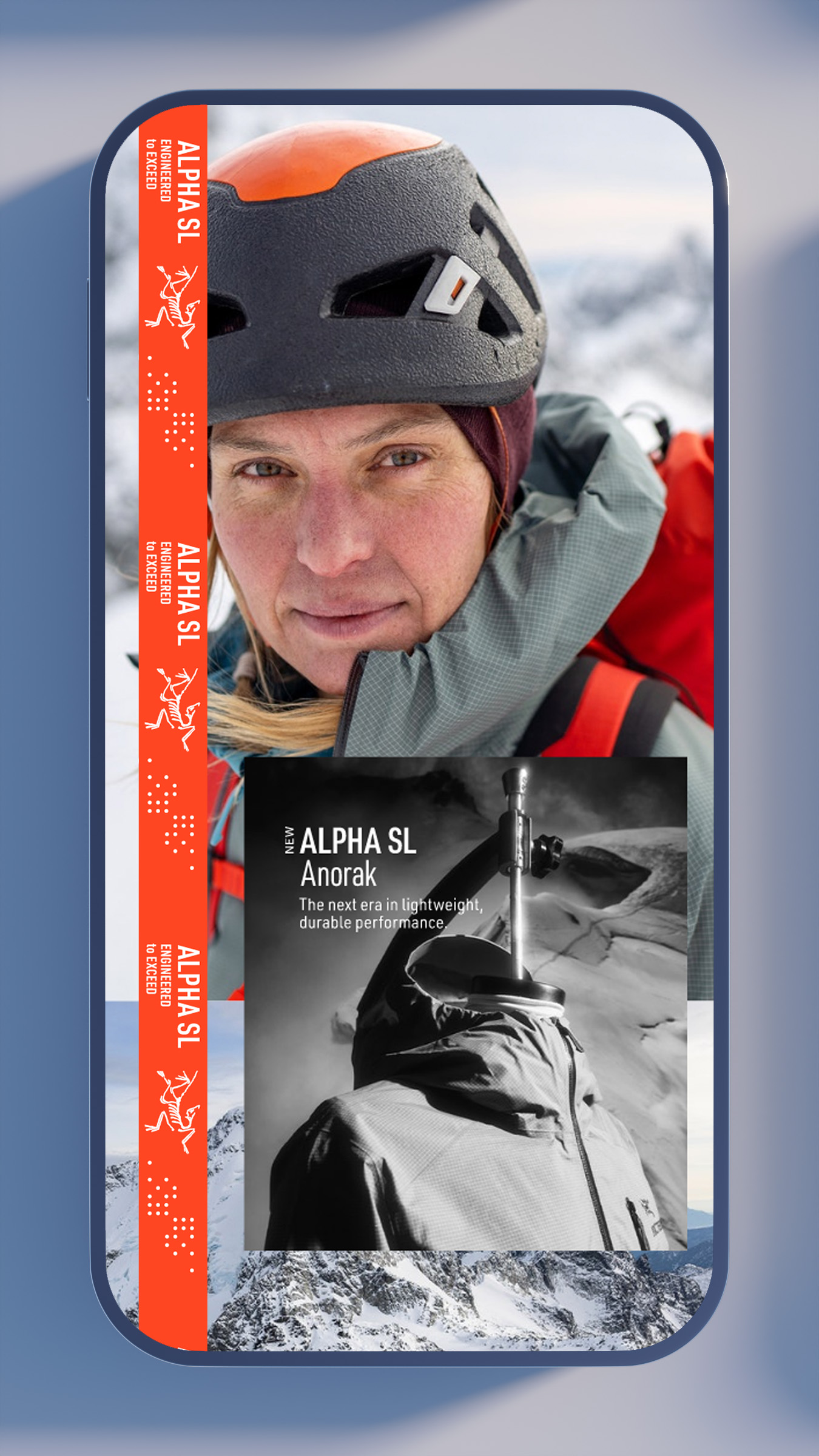 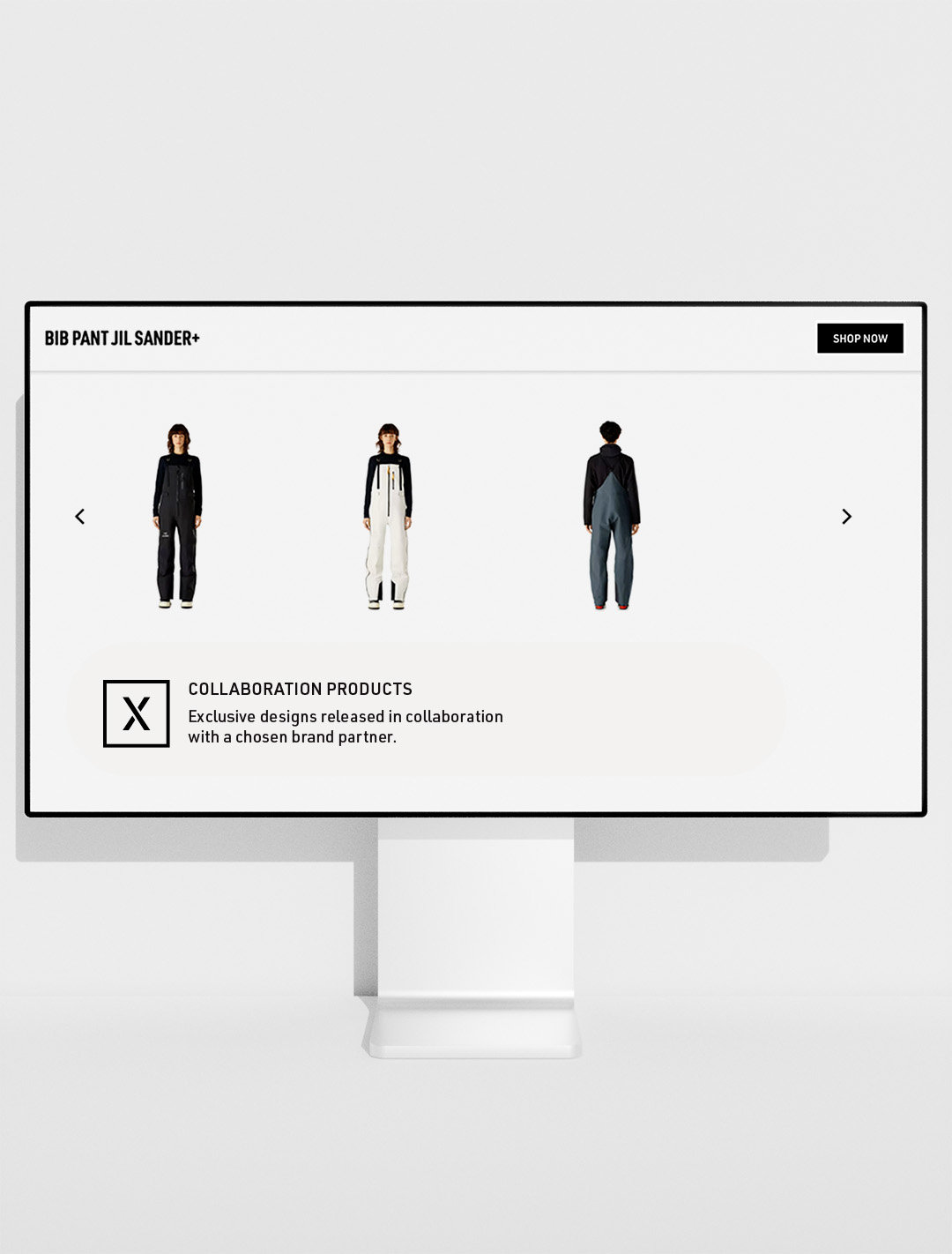 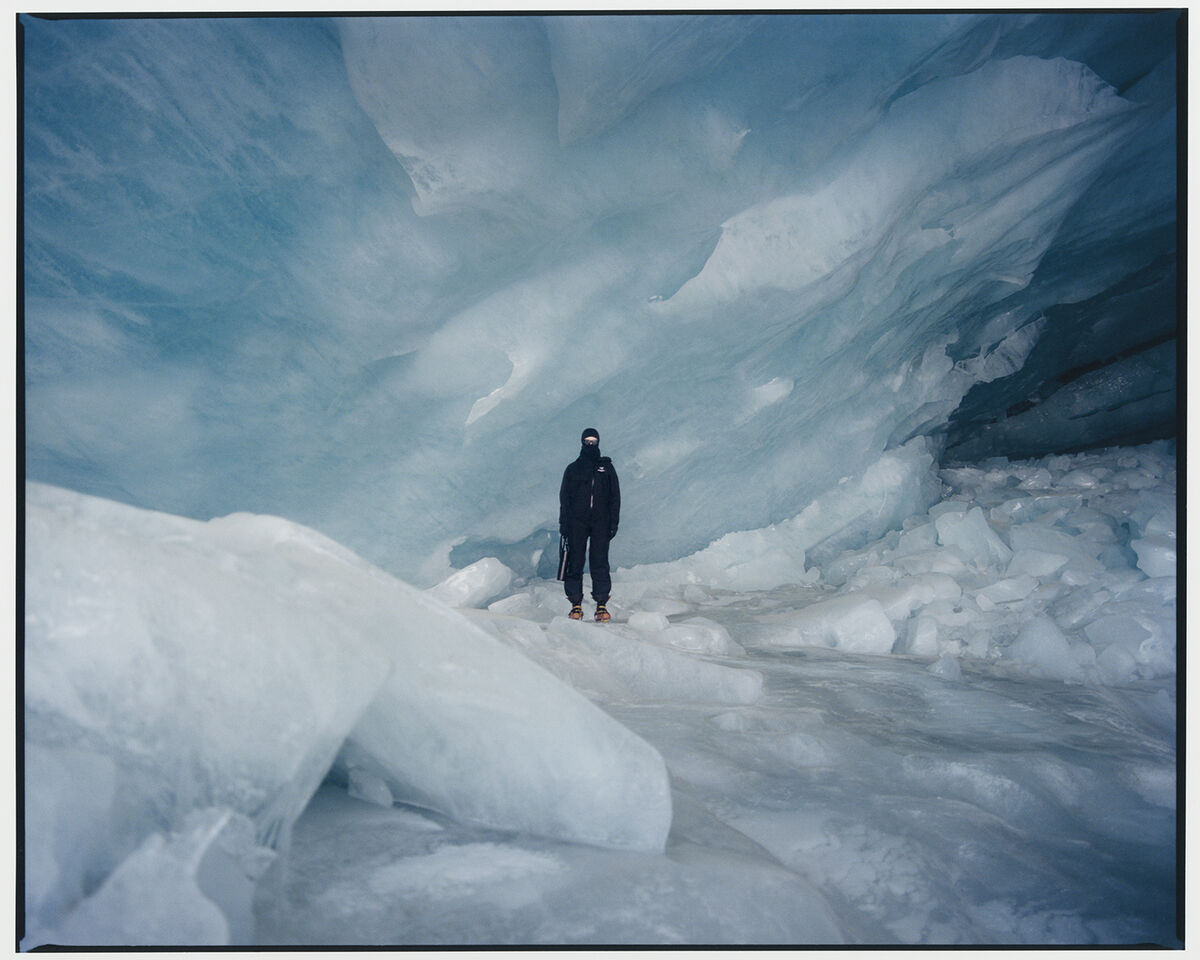 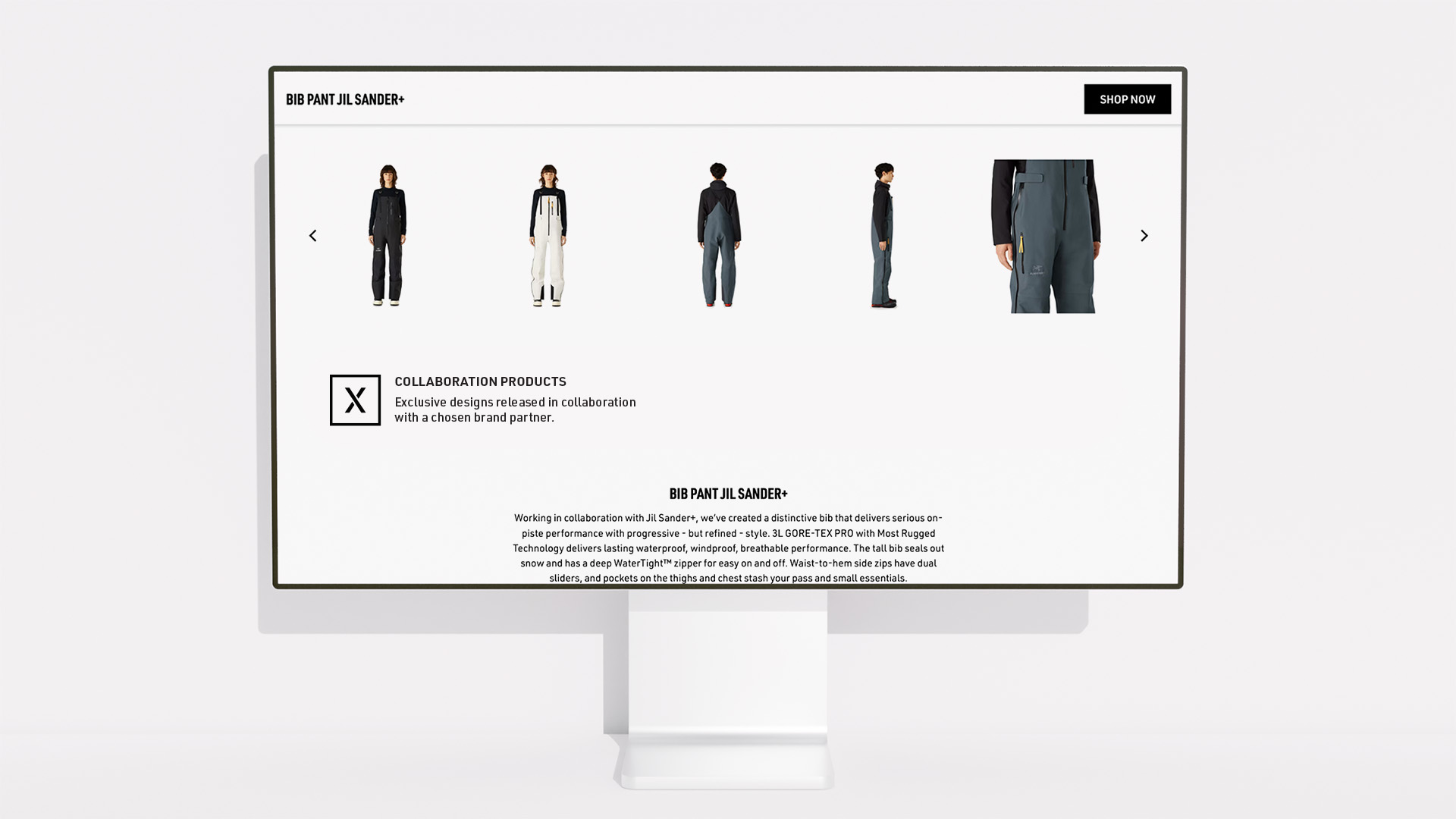 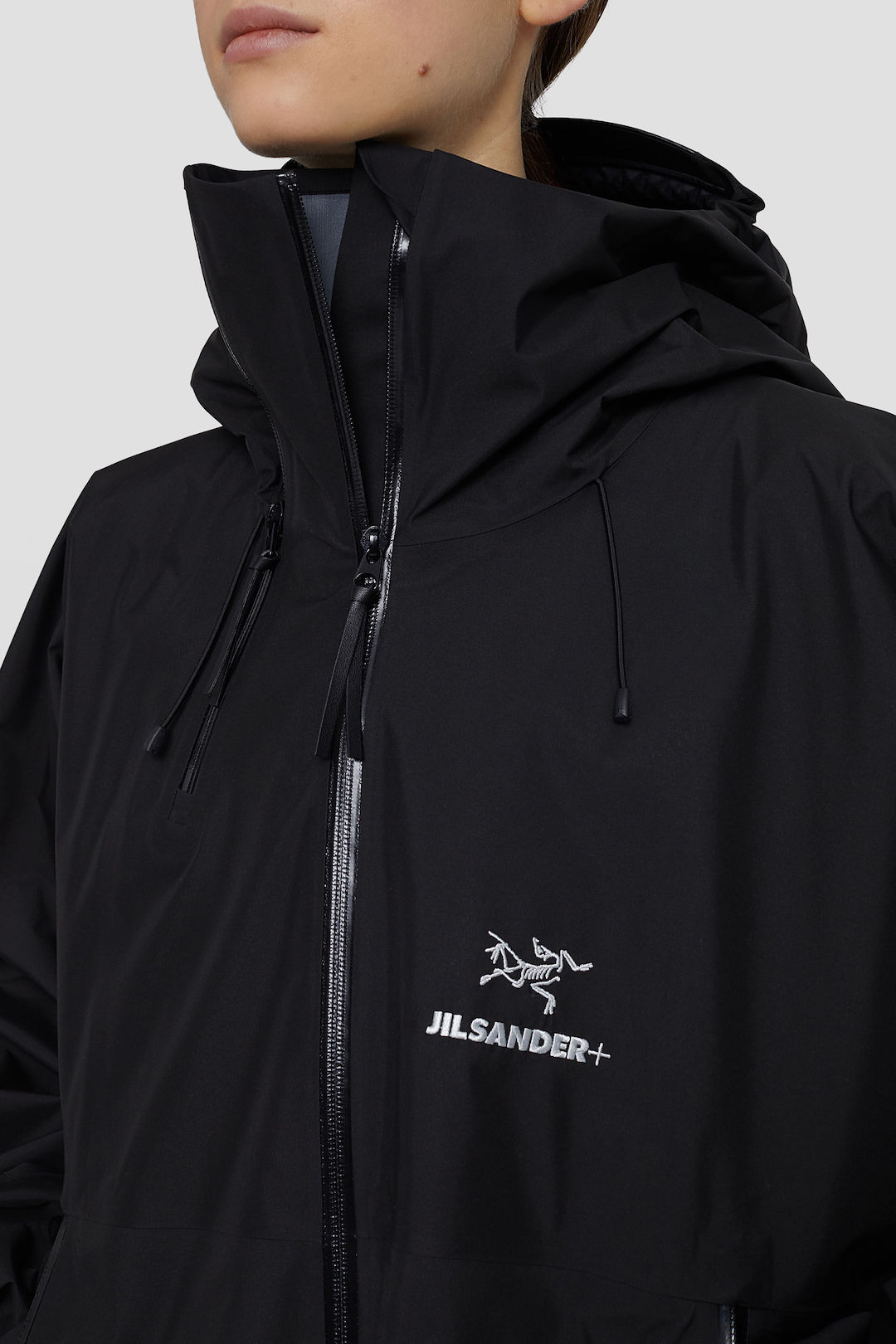 Go Climb Week campaign identity, logo type lockup and templates so that 19 stores in North America and Europe could generate publicity for their local events. I used the font Fraunces by Undercase Type, Phaedra Charles, Flavia Zimbardi, and Google Fonts. Variable controls let me fine tune letterforms to find a balance between the welcoming nature of the events and the sharpness of the Arc'teryx brand.

Design for the Climb & Culture event in Chicago, in close collaboration with Russell Winfield and Sean Coggins. I did the layouts and photo treatments, nodding to the Go Climb Week identity, in line with the overarching goal of pushing the approachability of the community.

Installation design and process work for the 2022 Arc'teryx Climbing Academy

Motion design for Mallisa Gillan's lockups. I was contracted to do a series of explorations to reference a new fabric. This included vector animations, as well as using 3D software physics simulations to mimic the specific crinkle of Gore-Tex. This specific asset aimed to riff off of the seam tape used in the jackets.

Icon design for a mark used to identify collaborations between Arc'teryx and fashion labels, here: Jil Sander. I nodded to both the proportions of the Arc'teryx logo type and the sans serif at the time used for Veilance.

Not shown: production work for System A, ReGEAR, Arc'teryx Academies, and 2000+ individual assets in eight languages for 2022 holiday campaigns.

HomeOpticalScarboroughMiscellaneousDark Mode
Thank you! Your submission has been received!
Oops! Something went wrong while submitting the form.